Premiere of The Fallen Soldier

Honoured to be taking part in the premiere of a new chamber opera, The Fallen Soldier, composed by Louis Mander and performed by Belsize Opera. This work, which is based in part on the poetry of Ivor Gurney, explores the experiences and the camaraderie of two soldiers, Harry and George, in the trenches during the First World War. 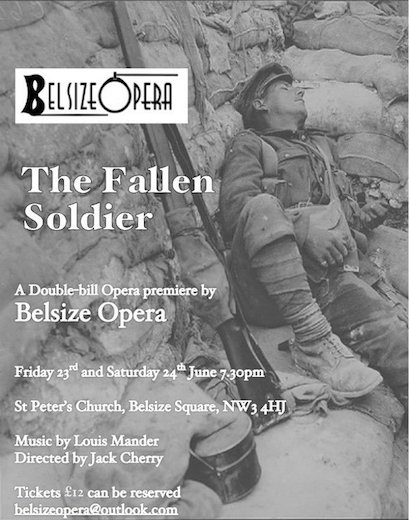 The Fallen Soldier, a new opera composed by Louis Mander and performed by Belsize Opera

I’m singing the role of Harry, with performances planned for both London in June 2017 and for Cheltenham the following month.